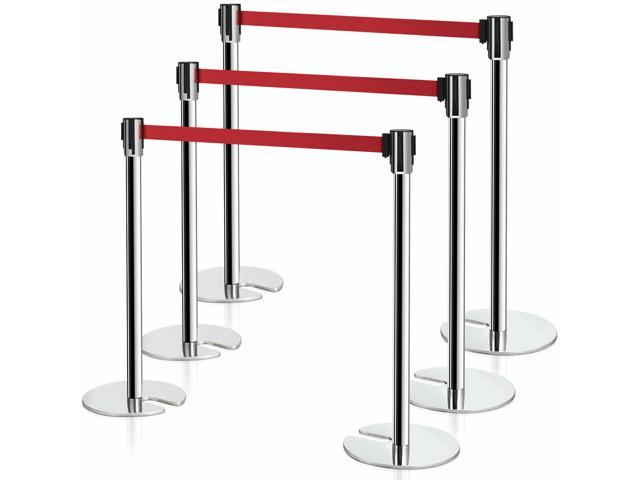 Retractable belt stanchions don’t require much maintenance to serve its purpose and be effective for crowd control in your business. However, there are some things that you should do, if you would like for your stanchions to be long-lasting. As a standard projection, the lifespan of standard, entry-level stanchions is about three years. The estimated average lifespan of premium stanchions is approximately ten years. Properly maintaining your stanchions can help them exceed the standard expectations for their typical lifespan. Here are some tips for maintaining your retractable belt stanchions.

Make sure that everyone who will be handling the stanchions understands the simple, best practices do’s and don’ts. When it comes to the belts, oftentimes, employees can unhook the belts too fast and just let them go. Many may find it entertaining to see the belt wind up this fast. However, this rapid retraction can lead to unnecessary damage being caused to the stanchion, which will shorten its lifespan. Be sure that employees understand the damages that can happen when they do this. Simply, giving them a reminder, which can literally take less than two minutes, is enough to potentially add additional years to the lifespan of your stanchions.

These handling errors often occur at the setup and takedown phases of your event. Again, just a quick scheduled meeting or announcement before setup and takedown, which can be done within two minutes, can serve as all the reminder to staff that you need to prevent long-term, premature damage being done to your stanchion.

If your cassette head has, unfortunately, already be damaged, you don’t have to go and buy a brand new stanchion. Oftentimes, they can be replaced. Replacements can be virtually universal and able to work with a variety of stanchions.

While the exterior stanchion pole is often made of stainless steel and therefore is not at risk of rusting. The interior and the bolts may be made of materials that can rust, in time, if exposed to excess moisture. Simply, dry off your retractable belt stanchions after water exposure.